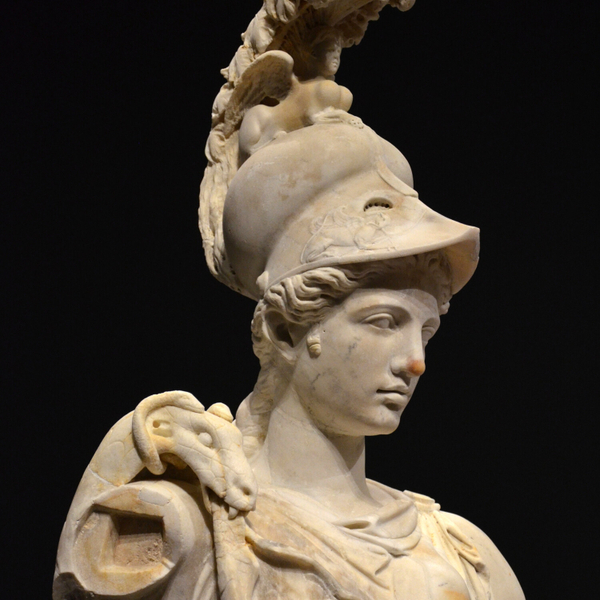 Goddess of wisdom, war and the crafts, and favourite daughter of Zeus, Athena was, perhaps, the wisest, most courageous, and certainly the most resourceful of the Olympian gods. Zeus was told that his son would take his throne from him, just as he had taken power from his father Cronus. Accordingly, when Metis was pregnant, he swallowed her and Athena was born from Zeus' head, wearing armour and fully grown. A popular theme in ancient Greek art, Hephaistos is often depicted in the role of midwife, splitting Zeus' head with an axe.

If you like our audio articles, please support us by becoming a member or donating to our non-profit company:

The music used in this recording is the intellectual copyright of Michael Levy, a prolific composer for the recreated lyres of antiquity, and used with the creator's permission. Michael Levy's music is available to stream at all the major digital music platforms. Find out more on:

We are a non-profit company publishing the world's most-read history encyclopedia. Our mission is to improve history education worldwide by creating the most complete, freely accessible, and reliable history resource in the world.